Incorporation of the UN Convention on the Rights of the Child 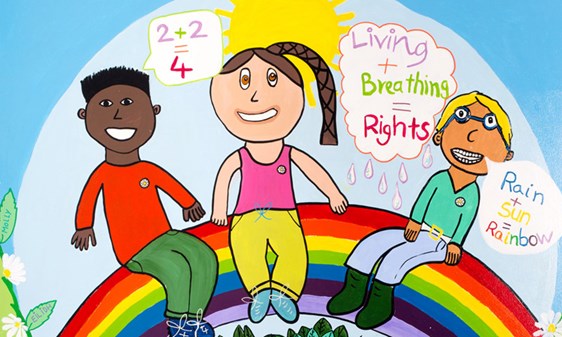 The United Nations Convention on the Rights of the Child (UNCRC) is an international human rights treaty which sets out the rights every child has. The UK ratified the UNCRC in 1991 but it has not yet been made part of domestic law. This means that many of the protections contained within it are not accessible to children and young people across the UK.

Scotland is in a unique position to make children's rights part of its laws. This process is called incorporation.

In March 2021, after over 10 years of campaigning by children, young people and wider civil society, the Scottish Parliament passed a bill that will make children's rights part of the law in Scotland.

The UNCRC (Incorporation) (Scotland) Bill was introduced to the Scottish Parliament on 1st September 2020 and was passed unanimously on 16th March 2021. The main purpose of the Bill is bring the UNCRC into Scots law.

The First Minister said the Bill would incorporate the UNCRC into Scots law "fully and directly", to the maximum extent of the Scottish Parliament's powers and be passed before the end of the current parliamentary term.

The Bill says that:

Read more about the Bill's journey through parliament below.

How did we get here?

The Bill is a milestone on Scotland’s journey towards making rights real for every child. It marks the culmination of over 10 years of campaigning by children, young people and wider civil society, and represents the increasing support for children’s rights across the Scottish Parliament, Scottish Government and public services. You can read about these efforts in our blog.

The Bill follows a decade of developments that have been furthering children’s rights across legislation, policy and practice in Scotland – including GIRFEC, the Children and Young People (Scotland) Act 2014, Scottish Government's 2018-21 Action Plan, and most recently the Children (Scotland) Act 2020. It follows a Scottish Government consultation in May 2019 to seek views on the best way to incorporate the UNCRC.

Together and its members have played a key role in the journey towards incorporating the UNCRC into Scots law, so when the Bill was introduced, Together's members wrote a letter to every MSP to celebrate and support this announcement.

Discover below more information on the efforts taken by Together and its members, which include co-convening the Incorporation Advisory Group that published a draft Children’s Rights (Scotland) Bill in 2018.

What are people saying about incorporation?

We asked children and young people what they thought about their rights being protected in law. Watch the video to hear what they had to say.

Thank you so much to the children and young people from Sciennes Primary School and the Children and Young People's Panel on Europe who submitted their videos, quotes and pictures!

A message to you all!

Incorporating the UNCRC into Scottish law is so small feat, which is why a number of key children's rights advocates have filmed messages to you all.

Watch these videos below!

The Deputy First Minister John Swinney and Minister for Children and Young People Maree Todd also wrote a letter to children, young people and to those who have campaigned for children’s rights over the past decade. You can read this letter here.

Academics, practitioners and children’s organisations have produced a series of blogs which answer questions related to incorporation, the UK Supreme Court Judgement and the UNCRC (Incorporation) (Scotland) Bill.