The Together Board currently comprises 10 Trustees, elected to the Board on a rolling basis.

Mary Glasgow- Chair of Together Board 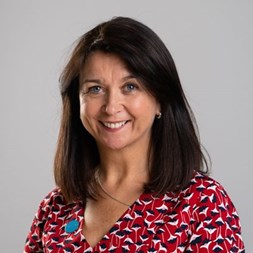 Mary joined Children 1st in May 2014, becoming Chief Executive in 2017. She qualified as a social worker in 1991 and her career includes 15 years as a social worker, leader and trainer in a number of Local Authorities with a further 14 years in the charity sector, previously working for Quarriers and Barnardo’s. Throughout her career, Mary has specialised in creating teams and models of  service that support children live safely in their own families and communities.

Mary is also interested in organisational culture, purpose and innovation and she strives to build organisations that create conditions where colleagues can make the best possible contribution through a high support and high challenge environment.

Mary joined the Together Board in September 2018. She has been Chair since October 2020.

Laura Paton - Vice Chair of Together Board 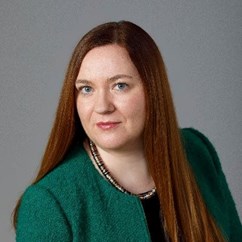 Laura Paton has a background in human rights law with a particular focus on the rights of children and young people, and the rights of those involved in the criminal justice system. Laura is currently HM Chief Inspector of Prosecution in Scotland. Her role is to independently assess the operation of the Crown Office and Procurator Fiscal Service. Previously, Laura was a Lead Inspector for HM Inspectorate of Constabulary in Scotland where she led inspections of a wide range of policing activity including local policing, custody, crime recording, call handling, firearms licensing and railway policing. Laura also worked with HM Inspectorate of Prisons (HMIP) in England and Wales providing policy and human rights advice on the independent inspection of prisons and other forms of custody. This included advising on the inspection of places where children may be held, and developing a framework for the inspection of military detention facilities in Afghanistan. From 2009 to 2013, Laura was the first coordinator of the UK's National Preventive Mechanism (NPM), a group of organisations tasked under international law with monitoring all places of detention. Laura regularly advised governments and NPMs around the world on the human rights-based inspection of detention.

Prior to joining HMIP, Laura worked for the Commissioner for Children and Young People in Scotland where she coordinated the first shadow report submitted by the four UK Children's Commissioners to the UN Committee on the Rights of the Child. Laura also worked with colleagues to develop a model for children's rights impact assessments. Laura has also worked in the voluntary sector for Children 1st and for the Children's Legal Centre, where she was editor of Childright, a journal of law and policy affecting children and their families. 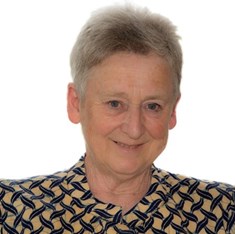 Rozanne Chorlton provides communication guidance and support in varied development and humanitarian contexts, particularly to organisations with leadership and management challenges and those seeking to establish an empowering organisational culture.  Rozanne spent 15 years in senior management roles, including as UNICEF's Representative to Jordan, Somalia and Liberia, having earlier worked on adolescent programming and communication.  She was an active member of UNICEF’s East and Southern Africa Region’s reference group on a human rights approach to programming, contributing to the development and delivery of the region’s training manual.  Since her retirement from full-time employment in 2011, Rozanne has become an active member of a number of Boards, including currently of Together (T-SACR) and Professionals in Humanitarian Assistance and Protection (PHAP).   She is also a volunteer trainer with the British Red Cross in Scotland and a freelance facilitator.

Rozanne started her career with a brief stint in publishing in the private sector, then moved to an international NGO, the UN University in Tokyo, and the Tanzania Food and Nutrition Centre in Dar es Salaam as a SIDA expert. Besides her English mother tongue, Ms Chorlton speaks KiSwahili and French. She is the mother of two grown-up children and is a keen, though not expert, sailor and an enthusiastic gardener.

Rozanne was elected as Treasurer in September 2020.

Lucinda Rivers has worked for Unicef in Scotland since early 2014, initially to support their fundraising activity around the 2014 Commonwealth Games Partnership and later in 2014 she was responsible for setting up Unicef's first office in Scotland.

As the Head of Unicef in Scotland, her role is to develop and implement a fundraising strategy to raise vital funds for Unicef's work and to advocate for children in Scotland. Unicef works closely with the Scottish Government to fulfil their mandate to uphold the UNCRC in Scotland and to promote their work to embed the UNCRC into practice in services for children (including Rights Respecting Schools Award and Baby Friendly Award in maternity units). In 2018, it is a priority for Unicef to work with Together to campaign to incorporate the UNCRC into Scots Law.

Prior to working for Unicef UK, Lucinda worked for Action for Children to develop and implement a fundraising strategy and she established a Foundation for an individual to support people affected by cancer which raised over £3m to build two Maggie's Centres.

Her career has included roles in fundraising, communications and advocacy across a number of sectors including the corporate sector, institutions and governments. Lucinda was brought up in London and spent many years working there and prior to moving to Scotland, she worked in Dublin with the Irish Government on their major events programme. When she moved here, she supported the Scottish Government to establish EventScotland and in 2012, she returned to London briefly to work at the Olympic Games, managing a number of media centres.

On a personal basis, Lucinda has a particular interest in promoting the rights of forcibly displaced (refugee and migrant) children and is working with a family on a voluntary basis to ensure their rights are being upheld. She is also a mother of a teenage girl and tries to uphold her rights every day!

Lucinda joined the Together Board in September 2017. 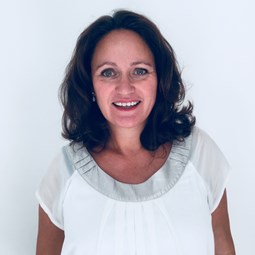 Rona Blackwood has over 25 years’ experience in the not-for-profit sector, she is currently the Head of Programmes at Children’s Parliament.  In this role Rona oversees the practical and strategic delivery of all programmes to achieve the organisations mission to inspire a greater awareness and understanding of the power of children’s human rights and to support implementation across Scotland. Key priorities for Rona are to identify and work with partners to demonstrate and embed children’s human rights to effect sustainable change and to support children to influence national legislation, policy and practice through consultations, national projects and a wide range of creative events.  In addition, Rona plays a key role in supporting the operating platform of the organisation.

Rona started her career in Social Work in Glasgow working on the front line with vulnerable children. This was followed by 5 years working in international development for Concern Worldwide in Angola, Rwanda and Kosovo.  Returning from this to work for the Scottish Refugee Council managing the community support programme for the Kosovan Resettlement Programme in Scotland.  Prior to Children’s Parliament Rona spent 15 years working for Save the Children in London in various leadership roles.  Initially leading their programme of work for refugee, asylum seeking and trafficked children and latterly as Head of their UK wide early years material grant programme (Eat, Sleep, Learn, Play) and their UK Emergencies programme.

Rona joined the Together Board in September 2019. Kevin is Policy & Research Manager at YouthLink Scotland. He leads the development of youth work policy impacting on young people’s lives, investigating and responding to current and emerging policy and legislative issues affecting young people and the youth work sector and ensuring that YouthLink Scotland’s policy agenda is reflective and responsive to the needs of those it represents.

Kevin holds an LL. B Bachelor of Laws and a Post-graduate Diploma in Legal Practice and is on the Board of Play Scotland.

He previously worked for Victim Support Scotland in a Policy, Parliamentary and Research role where he researched and published a comprehensive report on Fostering a Victim-Centred Approach to Hate Crime in Scotland and established the organisation’s first nation-wide equality plan and forum. Two key pieces of his work included, The Domestic Abuse (Scotland) Bill and The Vulnerable Witnesses (Criminal Evidence) (Scotland) Bill, submitting oral evidence on behalf of the organisation to the Scottish Parliamentary Justice Committee on both Bills.

He is passionate about social justice issues, leading on numerous campaigns, including establishing and chairing a community alliance to the benefit of young people in his local area.

He enjoys walking, running and swimming when his ailing body allows!

Kevin joined the Together Board in September 2020. 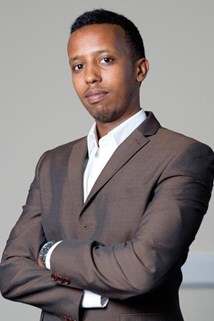 Mohamed leads the Refugee Programme at the Mental Health Foundation which enables policy delivery of change working with partners including individuals, groups and communities in Scotland.

Mohamed is multilingual and has utilised his international relations and legal qualifications to work at the United Nations Environment Programme in Bonn, the Institute for Cultural Diplomacy in Berlin and different departments within the Scottish Government.

He is a board member at the Scottish Refugee Council and a qualified SFA 13+ football coach. In the past, Mohamed has volunteered for Save the Children UK and fundraised for Unicef UK.

Mohamed joined the Together Board in September 2020. Laura Pasternak is passionate about human rights, equality and empowering children and young people, and adults, to know about and access their rights. This interest was sparked by a Lessons from Auschwitz project at school and her late Grampa who was a Polish Prisoner of War, which led her to volunteer for the Holocaust Educational Trust from 2014-2020.

Laura is a Senior Associate for the Equality and Human Rights Commission in the UK, working for the Scotland policy team on issues such as fair work, mental health, women’s issues and social care. She previously consulted for the Commission developing an early version of what is now their Human Rights Tracker.

In her previous role in the Scottish Youth Parliament (SYP)’s staff team as Policy and Public Affairs Manager, Laura worked with key members, the Chief Executive and colleagues to deliver an ambitious public affairs and advocacy strategy, designed to ensure that politicians and policymakers hear the views of a diverse range of Scotland’s young people.

Laura sat on the Scottish Government’s Child Rights Working Group in 2019-20, empowering young people to feed in their views on UNCRC incorporation. She provided rights expertise and training for the 2017-18 National Campaign on young people’s rights, ‘Right Here, Right Now’, which helped influence the First Minister to commit to incorporate the UNCRC.

With a keen interest in human rights education and training, immigration and asylum and climate change, Laura has worked on these issues through various opportunities at the Council of Europe in Strasbourg, Vilnius and Odessa, the UN in Geneva and the International Centre for Climate Change and Development in Dhaka. While studying she provided research to a child psychologist expert witness in child protection and asylum and immigration cases.

Laura has a Masters in Human Rights Law and speaks French and Spanish. She runs a weekly 5-a-sides and loves dancing - occasionally at the same time! Her work on evolving capacities has been utilised to teach early year teachers, health care professionals and law students about the principle and how it works in practice. She enjoys producing visual representations to help understanding of rights and has experience of working with children and young people in health care, education and law as well as supporting young people in strategic media campaigns.

Tracy is in the process of completing a significant piece of scholarship for CYPCS examining the rights of 16 and 17 year olds in Scotland and how Scots law must change to ensure compliance with the Convention ahead of incorporation.

Tracy also runs an early career researcher peer support group which encourages collegiate working between those currently completing doctoral study and those who have completed their studies. This has brought together individuals from across the world during COVID-19.

Tracy joined the Board in September 2020.